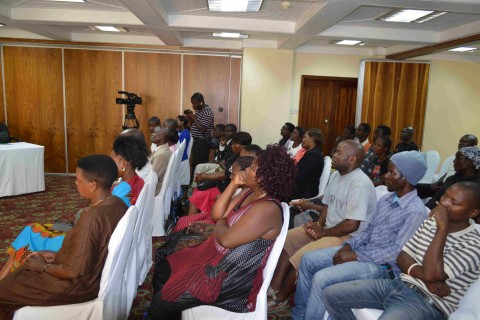 "Some of the citizens that attended the debate"

Residents of Mzuzu city were today accorded the opportunity to voice out their expectations of the new Mayor of the city who is expected to be elected at elections to be held on Monday, the 9th of January, 2017.

The residents were accorded the opportunity through a debate for candidates vying for the position of the Mayor of the city of Mzuzu. The debate organised by Zodiak Broadcasting Station in partnership with mHub and Citizens for Justice was slated to take place at Sunbird Mzuzu Hotel.

Citizens that attended the debate did not only share their expectations of the developments in the city but also made specific mention of the deficiencies in service delivery in their respective wards that they want the new Mayor in conjuction with fellow councilors and the city council to solve.

Some of the reports include:

Citizens were also sensitised on their ability to engage with the Mayor and other elected leaders as well as service providers like the city councils through the Mzinda platform. The citizens report on service delivery by sending an sms to +265 888 242 063 or by signing up on www.mzinda.com